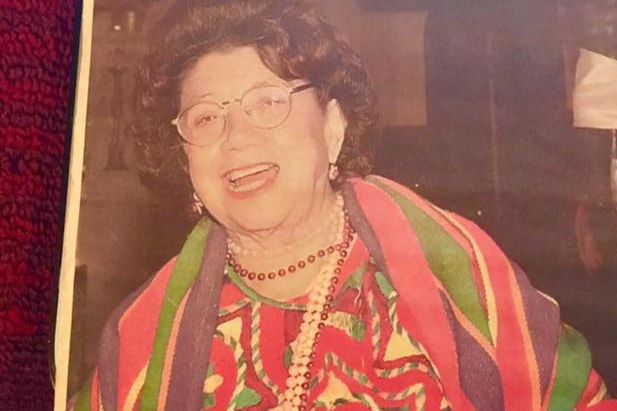 In 1962, at age 41, she moved to the United States for the second time, alone, in search of a new beginning. When presented with two options, California or Maryland, she chose the latter and is remembered as a bridge builder for the Hispanic and Latino community of Baltimore, and for her part in the Hispanic Pastoral Council of l Archdiocese of Baltimore, which included a liturgical role in a papal mass.

“She wanted to make her way; she was stoic, ”recalls Haydee Rodriguez, Pereda’s granddaughter.

Rodriguez was with his grandmother on July 4, when she died in Stella Maris in Timonium. Pereda had served as a parishioner of St. Patrick at Upper Fells Point and of the Sagrado Corazón de Jesús in Highlandtown, where Bishop-designate Bruce Lewandowski, the pastor, will offer a funeral mass on July 11.

Born in Guatemala City, Guatemala, in 1921, Pereda was married to a diplomat and lived in New York City from 1952 to 1954. She then returned to Guatemala City to be principal of a secretarial school, the Instituto Moderno de Capacitación Commercial.

After her divorce in the early 1960s, Pereda decided it was time to make a fresh start. “She saw the United States as an opportunity to expand her desire to be more,” Rodriguez said.

A year after arriving in Baltimore, according to a biography prepared by his granddaughter, Pereda founded the Centro Social Hispano Americano (Hispano-American Social Center) for the growing number of Cubans and other Latin Americans settling in Baltimore.

A fierce Catholic, she joined the Hispanic Pastoral Council of the Archdiocese in the mid-1990s.

“She is one of those people who gave her life to help the Hispanic community,” said Dr. Ivan Garcia, who worked alongside Pereda in and served as the Hispanic Pastoral Council. “She treated everyone, no matter what country they came from, equally.”

Pereda served as a link between church leaders and the growing Hispanic community. She helped increase the number of Spanish Masses offered throughout the Archdiocese and worked closely with the late Sister Mercy Mary Neil Corcoran, former director of what is now the Esperanza Center.

When Saint John Paul II celebrated Mass at Oriole Park in Camden Yards in October 1995, Pereda was chosen to offer one of the readings.

Five years later, Pereda, who deeply appreciated his Guatemalan roots, played a pivotal role in bringing a replica of the Black Christ from Esquipulas to Saint Patrick, which was later transferred to the Sacred Heart / Sagrado Corazón. The original Black Christ of Esquipulas is housed in the Cathedral Basilica in the town of Esquipulas in southeast Guatemala, a popular pilgrimage destination for Central American Catholics.

Pereda was a founding member of the Mayor’s Committee on Hispanic Affairs during the administration of former Mayor Donald Schaefer, and served on the same committee during the tenure of Kurt Schmoke, now president of the University of Baltimore.

“She has been an effective voice in calling the attention of officials to the growing impact of Latino residents in our community,” Schmoke said in a statement. “I will miss his smile and his graceful manners.” “

Pereda led the Baltimore Hispanic Festival for 10 years and continued to remain active in expressions of Hispanic heritage and pride into old age.

“She could never refuse a social gathering,” said Rodriguez, her granddaughter. “She introduced me to the city.

Although Pereda did not contract COVID-19, Rodriguez and his family attribute his death to side effects from the coronavirus pandemic. Before Stella Maris was due to close its doors to visitors in March for the safety of her residents, at least one person from Pereda’s family visited her every day. Once locked up and without visitors, Pereda’s health began to decline.

“She leaves a tremendous legacy of acceptance, openness, help abroad,” said Rodriguez. “If anyone was living their faith, it was my grandmother. It is a legacy of love.

Guadeloupe enters confinement as the Covid-19 creates a “catastrophic situation”

The lingering influence of Catholicism in an increasingly secular Spain