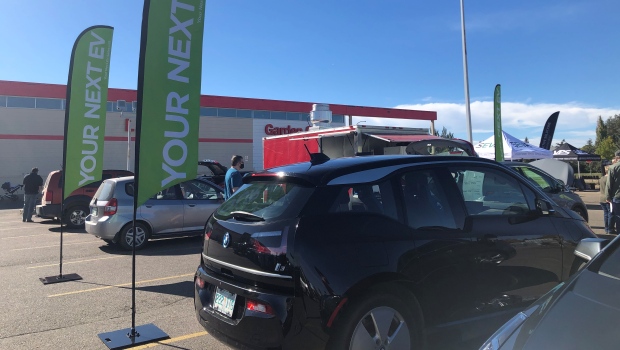 The Saskatchewan Electric Vehicle Association hosted an educational event and celebration at the Canadian Tire in eastern Regina on Saturday.

Matthew Pointer, president of the association, said most electric vehicles are designed to work in countries like Norway, which means manufacturers take cold winter environments into account.

Pointer said his electric car loses some battery power in the extreme cold, but since it can run on the charger at night, it will start every morning.

He added that in terms of charging, it only costs $ 30-40 per month for electricity, depending on how much pipe you drive, with a charger installed costing around $ 500.

Pointer said that the battery life of an EV is very long because he doesn’t know of anyone who has had to replace it yet.

He said Saskatchewan also has about two-thirds of the mined materials needed to make an EV battery.

“We have a huge amount of lithium stores that are available here. We have nickel, we have cobalt, and a massive amount of sunlight naturally, ”Pointer said. “I think we have the ability to connect all the dots and create something really great here in the province. “

Brian Black is a Regina resident who is considering switching to an electric vehicle.

Black said that is the technology that will be there in the future and “that she will probably buy something like this in time.”

He added that the event taught him how easy electric vehicles are to maintain.

“Different places where you can charge your vehicle are becoming more and more common over time,” Black said.

Canadian Tire has announced that it will add these new stations to 11 additional locations across the province by the end of 2021, bringing the number of charging stations in Saskatchewan to approximately 30.