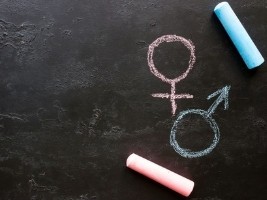 As part of the International Day of the Girl, Plan International Haiti launched a new campaign on education, early pregnancy, sexual violence and early marriage.

Imose Jean Gédéon, head of the women’s rights department at the Ministry of the Status of Women, announced the upcoming launch of a new awareness campaign aimed at girls linked to gender-based violence, leading to teenage pregnancies. and the loss of school.

For Ms. Gédéon, it is important to insist on equality between boys and girls in education and against teenage pregnancies.

Recalling that during the 2017-2018 biennium, the State, through the Ministry for the Status of Women and Women’s Rights, launched two support projects for women and girls in vulnerable situations in two departments, the Grand -Anse and the South-East, in several municipalities among others: La Vallée, Jacmel, Beaumont, Dame-Marie and Pestel.

For his part, Allasan Drabo, Director of Plan International Haiti, calls for the consultation of all sectors to address the problem in family, at school, in places of worship and work space while deploring that women and girls must fight against sexist stereotypes.

William Thelusmond, the general coordinator of the organization Regroupement Education Pour Tous (REPT), affirms that the rights of girls are violated, citing as an example that “out of 175,000 girls who enter the first year of primary school, only 18 remain. 000 in 9th year fundamental ”urging the Haitian Government to guarantee the rights of girls through legislation, as well as in the money it has in the budget for their cause.

Skip the Italian sights and visit the village of Savoca