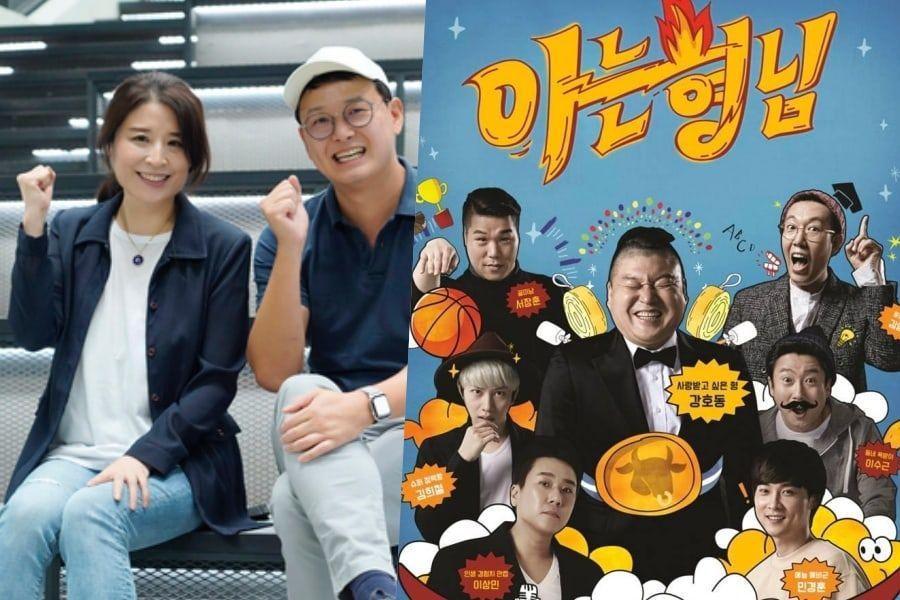 JTBC’s “Ask Us Anything” almost reaches its 300th episode!

After its premiere on December 5, 2015, â€œAsk Us Anythingâ€ was even almost cut short before the program was revamped into a school concept. With a main cast of Kang Ho Dong, Seo Jang Hoon, Kim Young Chul, Lee Soo Geun, Kim Heechul, Min Kyung Hoon and Lee Sang Min, who display excellent chemistry and make people laugh every week, â€œAsk Us Anythingâ€ was able to become JTBC’s longest-running variety show.

Before the 300th episode of the series on October 2, the series underwent another change. Starting September 4, â€œAsk Us Anythingâ€ will air at 7:40 p.m. KST instead of the usual 9 p.m. KST. To celebrate the upcoming milestone, production manager (PD) Choi Chang Soo and writer Hwang Sun Young sat down for an interview to discuss the program.

When asked to share his thoughts on making his 300th episode, writer Hwang Sun Young replied, â€œI keep track of my schedule on my wall, but before I’m told, I didn’t know it was our 300th episode. I don’t even know how the time went. We really did it here with a lot of difficulty, one episode at a time. I can’t believe it’s already our 300th episode.

PD Choi Chang Soo replied, “With your age and your dating partners, after a while, don’t you stop counting?” Suddenly, “Ask Us Anything” became a regular program that does not count its episodes. Nonetheless, it seems new that we have reached episode 300. When our program was just starting and not performing well, Seo Jang Hoon said, “I wish we could do 30 episodes.” However, it turned into 300 episodes, and I’m proud of it. It is JTBC’s longest-running regular variety show. It’s significant in a lot of ways, but I want to congratulate the cast in a small way. “

As they have both worked on the program from the very beginning, the interviewer noted how much affection they must have for it. Choi Chang Soo shared, â€œFor me, ‘Ask Us Anything’ is my first directing project, and I think it will be my last most successful program. I think I was fortunate to have been able to meet such great writers, staff and cast members to overcome obstacles and create such great results. I don’t know if I will have this kind of opportunity as a PD again. For me, this program is like my child. That’s why even when I was running another program for two years, when I received an offer to direct, I naturally came back as if it was obvious. I am so happy to be able to work with this team again.

Hwang Sun Young explained how tough each week of the program has been, but then added, â€œDespite all of this, I feel so good when people around me say ‘Ask us anything’ is so. amusing. I think comments like this motivate me. It is a program that I cannot easily give up.

They also thanked the cast members, with PD Choi Chang Soo sharing, â€œWhen we get together and chat in small groups, it’s so natural that it really feels like school. Since they wear uniforms every week and point to a specific set, I started to think that this place could really be like a school for actors. For six years, the seven actors have always taken care of themselves. I am grateful that we have succeeded here without anyone falling behind. “

Regarding their 300th episode special, Hwang Sun Young said, â€œOur motto is, ‘If we go wild, the next episode will be tough.’ We just want to incorporate the sense of celebration into it, so I don’t think we’re going to have a big special. However, we will be inviting significant guests for Episode 300. â€ 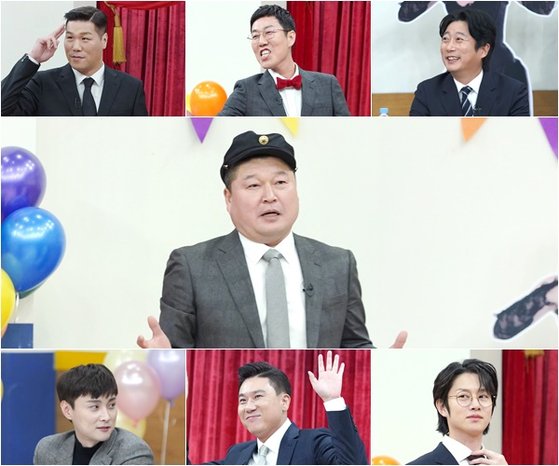 Hwang Sun Young continued to share his pride in the show, explaining, “When celebrities watch the show, they may feel like the guests are doing a lot and being scared. [to appear]. However, the guests who felt the most like this were the ones who say, “They treat us so much more comfortably than I thought they would.” , Contact us please. Don’t feel pressured and come watch the show.

Asked what makes their school concept so unique, Choi Chang Soo replied, â€œThe strength of informal speaking is greater than you might think. We are the only informal variety show. The quality and direction of the conversation itself is completely different.

For their favorite episodes or guests, Hwang Sun Young shared, â€œKim Hee Sun, who helped reach our 5% audience goal, was memorable, as well as Lee Kyung Kyu who had the longest filming time but left nothing to cut. IU first contacted the production team saying, “I want to play with the cast.” She even personally asked for and brought Lee Joon Gi.

Choi Chang Soo replied, â€œDuring these six years, many idol groups have come. Most memorable was EXO, which bit the bullet for the idols, INFINITE, Red Velvet, and TWICE.

Finally, they were asked if they had any future wishes. Hwang Sun Young explained, â€œI hope the cast is healthy. The production crew and the cast are getting older, so we can’t keep doing what we’ve been doing in the past. will try to show some laughs that can be related. The program will change little by little. It is not that we did not change it because we did not notice these things, but because a sudden change would lead to dislike. We’re trying to slowly make changes, including changing the characters in the cast. Please trust us and watch out for us.

Watch an episode of â€œAsk Us Anythingâ€ below!

How does this article make you feel?