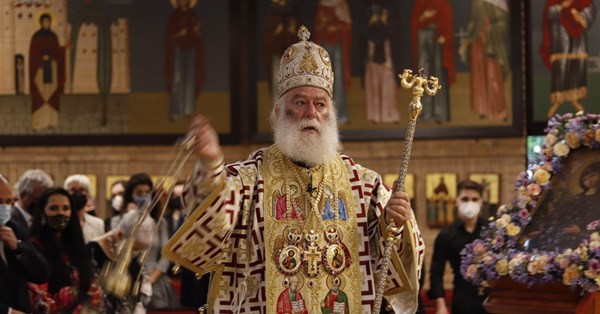 The Russian Orthodox Church has defended the decision to create its own African dioceses in retaliation for the Patriarchate of Alexandria’s recognition of an independent Church in Ukraine; but commentators warned the move would deepen a rift in global orthodoxy.

“We would not have entered Africa without the persistent requests of the African clergy, who came to us after Patriarch Theodore of Alexandria joined this schism,” said the director of external relations of the Russian Church, Metropolitan Hilarion Alfeyev.

“We signaled to the Patriarch of Alexandria that we did not wish to enter his territory. But our proposals were rejected.

He said that the Ecumenical Patriarch, Bartholomew, had acted “illegally and anti-canonically” in recognizing the new Ukrainian Church in January 2019 (News, February 8, 2019), saying that the Russian Church was also ready to accept other members of the clergy and congregations who wished “to avoid supporting the schism”.

The Russian decision, however, was met with “deep concern” by the Patriarchate of Alexandria, which said it would “continue to fulfill its pastoral duties to the faithful” under its spiritual guidance, as its Governing Synod debated the way to react.

The Greek online agency Orthodoxia predicted that Russian Orthodox leaders would suffer “the greatest damage” from their “unprecedented incursion” into the territory of another Church.

The Russian Church severed ties with Patriarch Bartholomew after he granted a “Thomas of autocephaly” to the Ukrainian Church, and has since also terminated relations with the Orthodox Churches of Greece and Cyprus, as well as with Alexandria, for recognizing the new denomination in favor of the Ukrainian Church linked to Moscow (News, November 13, 2020).

In a December 30 statement, the Russian Synod said it had waited to see if Patriarch Theodore would withdraw its recognition, but the “schism” had been exacerbated by his recent concelebration of a liturgy with the new head of the Ukrainian Church, Metropolitan Epiphany Doumenko.

The new Patriarchal Exarch for Africa of the Patriarch of Moscow, Archbishop Leonid Gorbachev, told Novosti: “This is a historic step, because the Russian Orthodox Church acquires a different status and assumes its responsibilities. . . We are not ready to put up with injustice and the violation of the canons of the Church, no matter who violates them.

The Patriarchate of Alexandria is one of 15 self-governing churches that make up the worldwide Orthodox community of 220 million members, whose leaders are traditionally prohibited from interfering in each other’s canonical territory.

Its 35 African dioceses and archdioceses, made up mostly of African clergy, are said to have as many as five million members.

In his interview with Novosti, Metropolitan Hilarion said, “It is the fault of the Patriarch of Constantinople that canonical chaos has been created in world Orthodoxy. In this situation, each local church must decide who it is with.

Skip the Italian sights and visit the village of Savoca